There is still considerable confusion over what inclusive Wicca actually is. In part, this could be because the people who are confused about it haven't read my book, All acts of love and pleasure: inclusive Wicca (available on Kindle and in paperback), or the short guide to being an inclusive coven.

Samhain issue of Moon and Heart

The Samhain issue of Moon and Heart magazine is now available.

Once every people in the world believed that trees were divine, and could take a human or grotesque shape and dance among the shadows; and that deer, and ravens and foxes, and wolves and bears, and clouds and pools, almost all things under the sun and moon, and the sun and moon, were not less divine and changeable. They saw in the rainbow the still bent bow of a god thrown down in his negligence; they heard in the thunder the sound of his beaten water-jar, or the tumult of his chariot wheels; and when a sudden flight of wild duck, or of crows, passed over their heads, they thought they were gazing at the dead hastening to their rest; while they dreamed of so great a mystery in little things that they believed the waving of a hand, or of a sacred bough, enough to trouble far-off hearts, or hood the moon with darkness.

The other Inclusive Wicca

Please note that there is another tradition in Australia called Inclusive Wicca, run by Amethyst Treleven. The founding coven of this tradition is the Circle of Oak and Mistletoe.

The inclusive Wicca tendency in Gardnerian and Alexandrian Wicca has no links with the Inclusive Wicca Tradition, though I am sure they are very nice people.

Their use of the term inclusive refers to the way they include ideas from many different traditions and ethnicities, and adapt the rituals for individuals. I could not find any mention of adapting rituals for LGBTQIA people (though it is possible that they also do this).
Posted by Yewtree at 03:52:00 2 comments:

The time has come

Inspired by the stance of the amazing John Shelby Spong, I will no longer debate with people who want Wicca to be exclusive and excluding.

I will no longer engage with the bigoted view that tradition is unchanging and unchangeable, or that the Book of Shadows demands only male/female interactions in Wicca.

I will no longer debate with people who think that Wicca is solely duotheist, or that it is a "fertility religion", or that its practices should remain exclusive, or that it cannot be modified and expanded.

If you are intent on creating a version of Wicca that rigidly adheres to outdated 1950s notions of gender, form your own tradition.

If you cannot cope with Wicca including people with a different understanding of what is "core" to our practice, form your own tradition.

Too many people have already left heterocentric "mainstream" Wicca because they felt excluded. That is not good enough.

The world has moved on, leaving behind those elements of the Craft that cannot adjust to new knowledge or a new understanding.

There is no middle ground between prejudice and oppression. Justice delayed is justice denied.

The first same-sex initiation took place around a quarter of a century ago. People have been developing more inclusive practices for decades. Deal with it.

Inclusive Wiccans celebrate life and love in all its beauty and diversity, and seek to protect and preserve the Earth and Nature, and to cultivate virtues of compassion and respect for all life.

For this reason, following the recent events in Charlottesville, USA, we utterly condemn the ideology and actions of the white supremacists and Neo-Nazis who have caused such suffering there.
Posted by Yewtree at 01:04:00 No comments:

Folk heroes of the resistance 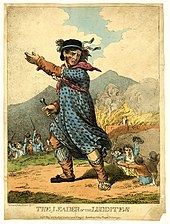 What do Anansi, Raven, Coyote, Pérák, Aradia, the Golem of Prague, Robin Hood, Wild Edric, and Ned Ludd have in common? They are all folk heroes of resistance to tyranny, oppression, slavery, and fascism.

It’s Folklore Thursday today on Twitter, and the thoughts of several contributors have turned to folk heroes who resisted tyranny and fascism. It started with Christian Read’s tweet about Pérák, and continued with contributions from me, Sarah Rance-Riley, Austin Hackney, Creative Histories, and Folklore Film Fest.

Continue reading on Dowsing for Divinity
Posted by Yewtree at 08:34:00 No comments:

I finally got around to doing an analysis of the survey on inclusive Wicca that I ran over Yuletide.

You can download the results and commentary from my academia.edu page, or from Google Drive.

The Occult Conference 2017 was hosted by The Visible College,  an organisation dedicasted to spreading occult learning. You can also find them on Facebook.

I changed the style of my inclusive Wicca talk at this event, and spent less time talking about the diversity of gender and sexuality, and more time talking about actual Wiccan ritual, and how it can be adapted or expanded or tweaked to be more inclusive. We also had more time to make some magical energy using polarity, resonance, and synergy, which was really good fun.

Attendees at the talk may be interested to know that we have an inclusive Wicca discussion group on Facebook. You can also follow my blogposts via the Facebook page for my book, All Acts of Love and Pleasure: inclusive Wicca. And you can buy the book from Avalonia Publishing. And show some love to the inclusive Wicca shop.

In view of the privacy concerns with Facebook (which are much debated, but they do exist, because targeted ads harvest keywords from your posts), I have created a new inclusive Wicca group on MeWe. 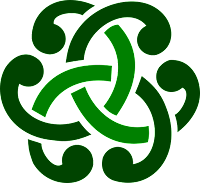 Some of the other things you can do to protect yourself online are outlined in this article, Information Security 101.

If you are still not convinced that your privacy matters, read this article from Liberty Human Rights and this blogpost about the Snoopers' Charter being brought into force.
Posted by Yewtree at 07:24:00 No comments:

Another angle on aphantasia

I didn't know what it was called at the time, but I wrote (in passing) about aphantasia in my book, All acts of love and pleasure: inclusive Wicca. I have followed this up with more detail in my new book, Dark Mirror: the inner work of witchcraft.

I first became aware that there are people who cannot visualise (form internal pictures in their mind's eye) when leading visualisations (a common practice in Wicca), and I now routinely test people when they visit or join my circle to see if they can visualise. I do this by asking them to imagine an orange: looking at it, feeling the pitted surface, opening it with their thumbs, smelling the scent orange oil rising from the peel, and tasting the fruit. If you can't visualise that, chances are you have aphantasia.

If I find someone who cannot visualise, I adapt the way that I do visualisations to help them feel included, for example by inviting them to imagine the physical or emotional feelings associated with the experience.

A new article on Book Riot, What do you see when you read? discusses the phenomenon of aphantasia in relation to reading and visualising the scenes described in books, and the realisation that not everyone sees the same thing in their mind's eye.


This learning experience makes me realize we should constantly strive to understand how people around us perceive the world. It may be different from our perceptions. Don’t assume when your friends read the same book they saw what you saw. We may all model reality differently, in a myriad of ways with different kinds of cognitive functionality. Visualization is a spectrum, but so are most perceptions.


Exeter University has developed a test for aphantasia, and you can take it via the BBC website.
Posted by Yewtree at 05:28:00 No comments: