Showing posts from December, 2016
Show All

Queer Paganism: A Spirituality That Embraces All Identities by J.J. Green My rating: 5 of 5 stars I found myself nodding and smiling in agreement throughout most of this book. The author's sensible and down-to-earth approach to magic and Paganism was very much in tune with my way of thinking. They also have an exceptionally clear style of writing, which makes the book a pleasure to read. The book's subtitle is "A spirituality that embraces all identities" and the author has done their best to include everyone in the LGBTQIA+ community and heterosexuals too. This book would definitely be of interest to queer Pagans and open-minded heterosexuals. It is not only about queer Paganism, but is about inclusive practice. It is very Wicca-flavoured though, so if Wicca isn't your thing, you might not like like it.
Post a comment
Read more 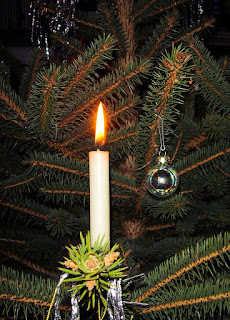 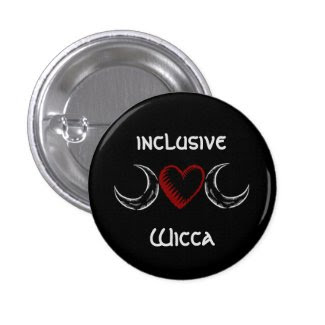 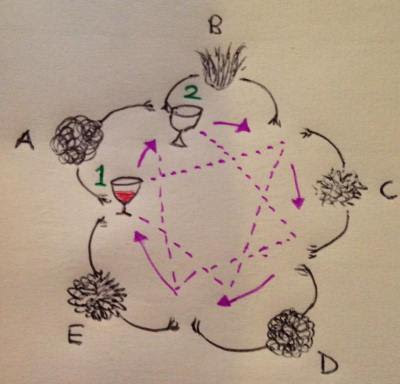 Around 1995, I came up with the idea of a ritual with two chalices, to represent same-sex love. The idea of having two cups also resonates nicely with the Temperance card in the Tarot. Later, when actually doing this ritual, we realised that the cups could be passed around the circle so that everyone can take part. How to do it You have person A, B, C, D, E standing in a circle. A passes empty cup 2 to B. A pours full cup 1 into empty cup 2 & says “I fill your cup with love”. Then A passes empty cup 1 to C. B then pours full cup 2 into empty cup 1, being held by C. And so on. An inclusive wine ritual
Post a comment
Read more

The lovely Wyn Abbott Ceramics have decided to make pots with the inclusive Wicca logo on them. You can place orders via their Facebook page: Wyn Abbot Ceramics . They will also make bespoke items. Here's a couple of examples of Wyn's work:
Post a comment
Read more

- December 01, 2016
I just spotted this new publication, Witches Rise on Medium.com, and it sounds awesome! WITCHES RISE was born from a love of all things magic + social justice. We want to connect with more people who love those things. We want to create space for stories and teachings and passion within those two things. We want to elevate the voices of those who identify as women of color, queer, genderqueer/non-binary, trans*, disabled and/or other marginalized/silenced identities, who seek to bring the spiritual and the physical worlds together in a way that serves all. It sounds amazing, and I will defnitely be contributing and following their work.
Post a comment
Read more
More posts